Programmatic ad buying is changing the way in which businesses source publishers and place advertisements, offering a high degree of vertical targeting accuracy to get the right ads in front of the right viewers.

However, programmatic AdTech is still an evolving field that comes with its own inbuilt challenges – and there are a number of pitfalls to avoid along the way.

What is programmatic AdTech?

If you use the internet regularly, you have almost certainly already seen programmatic ads in action – such as embedded ads in YouTube videos, and those sponsored and paid ads on Facebook that are often incredibly well targeted to your interests and recent browsing patterns.

Programmatic AdTech automates the purchase of online ad space from participating publishers by using computer algorithms to calculate the value of each host publisher’s ad space and viewer, assigning each ad impression to the highest bidder.

The process of accepting a bid and placing an ad in front of a viewer happens in real time, using the algorithm to get a targeted ad in front of a receptive viewer in the time it takes for the page hosting it to load.

Programmatic AdTech allows advertisers to place automated bids on ad space, offering a high degree of vertical targeting accuracy using specifics such as age, interests, location, gender and browsing patterns. Programmatic algorithms can even factor in the time of day and device the viewer uses to access the internet as part of determining the most appropriate ad for the viewer in question.

This enables advertisers to achieve the best return on their ad spend by getting the right ad in front of the most receptive audience automatically, with the cost of each ad impression determined by the level of competition for the space in question.

Programmatic was virtually unheard of as recently as five or so years ago, and yet it is now the fastest-growing AdTech sector worldwide.

In 2017, programmatic ad buying accounted for 74.5% of all US digital display ad transactions with a total value of almost $25m, and programmatic’s market share is projected to reach 85% by 2019.

However, programmatic is still considered by many small and medium-sized businesses to be the preserve of big brands and large corporations, with 57% of small businesses surveyed by Mailjet stating that they haven’t fully explored programmatic as an option, and 44% believing that programmatic requires an ad budget outside of the reach of most SMEs.

Programmatic contrasts with traditional ad buying thanks to its automation – which offers an alternative to manually selecting ad real estate and placing broadly-targeted ads in static locations.

Manual ad buying only allows for demographic targeting in respect of the level of choice of complementary websites and ad platforms that host the ad, which means finding and building relationships with platforms that are used by or appeal to the target audience.

Programmatic ad buying enables the advertiser to target a much narrower marketing vertical, pinpointing the desired demographics of the ad’s viewers on a case-by-case basis using specifics such as age, interests, location, and gender.

Programmatic ad placement algorithms automatically match the right ad with both the right platform to host it, and the individual viewer that will see it – as determined by information that the algorithm has collected about the hosting platform and the prospective viewer themselves before any given ad is shown.

This whole process is seamlessly fast – in the fraction of a second that it takes a page incorporating an ad space to load, all of the relevant information about the ad, desired audience and host publisher is processed by an ad exchange server. This provides all of the data the algorithm needs to select and place a particular ad. The ad then loads with the page, without creating any measurable delay in load time for the viewer.

This means that each individual visitor to any given page hosting programmatic ad space will see a bespoke-targeted ad that is selected based on their own demographic information – and that may well be totally different to the ad that the next viewer will see in their turn.

What are the benefits of programmatic ad buying?

The core principles of savvy ad spending apply to programmatic in the same way that they do to any other form of marketing – which means that the most effective ad spend is the one that produces the highest return on your investment.

Programmatic collates and streamlines consumer intelligence to deliver highly targeted ads to marketing verticals – and enables advertisers to save money and increase the effectiveness of the ads they place.

This allows programmatic advertisers to avoid wasting money on poorly targeted ads and placing ad impressions in front of the wrong viewer demographics.

Automated price setting, real-time ad inventory purchasing and finely-tuned demographic targeting based on the advertiser’s chosen variables put effective programmatic ad buying right at the top of the tree in terms of economical ad spending to achieve the greatest yield. It also saves time and manpower that would otherwise be spent on manually sourcing and placing ads on publisher sites. 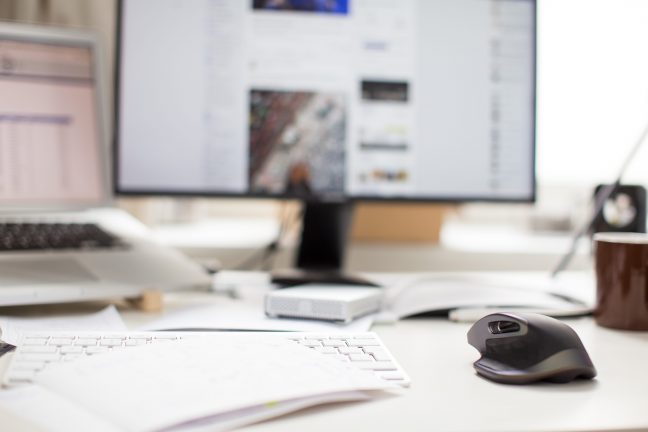 What are the potential pitfalls of programmatic ad buying?

Whilst programmatic is fast gaining traction and even threatening to take a significant market share away from other big hitters like Google AdWords, it is still a relatively new area of AdTech that has already suffered some fairly well-publicised pitfalls and setbacks.

One of the biggest potential risks of programmatic – and the one that has received the most publicity – is the challenge posed by automated ad matching across third-party content, such as programmatic ads placed within YouTube user videos.

An article published in The Times in February 2017 revealed that a number of big brands and household names including Waitrose and Mercedes-Benz have inadvertently topped up the coffers of both Islamic extremists and far-right neo-Nazi groups via programmatic ad placement in YouTube videos.

Problems of this type can arise due to the very automation that forms the cornerstone of programmatic advertising’s success. This is because automated algorithms assign ad space based on viewer demographics and the reach of the ad real estate used to target them, without making a value judgement about the host content and the effect that it will have on brand perception for the advertiser.

The huge and wide-ranging PR implications for brand reputation that accompany programmatic advertising are so acute that some of the biggest brands of all – like McDonalds – withdrew all of their ads from YouTube in 2017, due to the potential damage that just one poorly-placed ad could cause to the brand as a whole.

Whilst the AdTech industry is taking steps to establish automated ad placement best practice guidelines and avoid similar issues arising again in the future, programmatic’s teething troubles have yet to be completely resolved. As a result of this, the risk versus reward equation is still too evenly balanced for many corporations to consider taking a punt on this newest of AdTech applications.

The potential for ad placement manipulation is another issue that programmatic buyers have to contend with, given the level of competition and potentially high prices for premium programmatic ad real estate.

That said, this latter risk can largely be negated by choosing an established programmatic ad brokerage with an impeccable reputation, and by integrating strict quality control and analytic metrics to measure campaign performance.

What does the future hold for programmatic?

The majority of today’s programmatic ad spend is dedicated to inventory purchasing for desktop and mobile internet browsing, which seems likely to remain the core of programmatic’s future ad reach.

However, AdTech as a whole and programmatic specifically are growing and expanding their reach at such a rapid rate that the AdTech industry is already moving outside of the scope of desktop and mobile browsing and entering the field of home entertainment ad placement too.

The timing of programmatic’s rapid growth coincides with the ever-increasing reach of on-demand TV and music streaming services, which already integrate AdTech to create viewer and listener profiles and produce smart-matched suggestions for individual users.

On-demand TV streaming services, digital radio and TV advertising and the internet of things all maintain the same core principles of smart consumer insights and ad matching that programmatic is designed to enable.

Early AdTech adopters are already looking to the future and building relationships with online streaming services and related niches to expand their programmatic reach. Those early adopters are likely to be those that find out first-hand the potential pitfalls of this new approach, but on the flipside, they are also those most likely to corner the market and cash in on the benefits too.

Should you be using some of your marketing budget for programmatic advertising?

Programmatic ad buying is still a very young technology, and the impact that some of the pitfalls mentioned earlier on can have upon ad buyers should not be understated. That said, for SMEs who find that Google AdWords isn’t cost effective or that have trouble reaching out to their marketing verticals without taking a much broader (and so, more inefficient) approach, programmatic is certainly worthy of consideration.

As I mentioned earlier on, preconceptions about the type of budget required to get a foot in the programmatic door often serve as a deterrent to SMEs who might otherwise consider programmatic ad buying. However, having a huge marketing budget at your disposal isn’t a prerequisite for launching a programmatic campaign.

Programmatic ad prices are dictated by market forces and the level of competition for the available ad spaces. If you offer a unique service and know who your target demographics are but not how to reach them without spending a lot on a less narrowly targeted campaign, programmatic ad buying might be comparatively inexpensive and very effective.

Even if you’re working within a highly competitive industry that plays host to a lot of big hitters with large ad budgets to match, you may still find value in funnelling some of your ad spend into programmatic. Whilst this may mean that your cost per impression is higher than you might pay for other types of ads, the return on your investment is likely to be higher too, because you’ll be able to avoid taking a scattergun approach and wasting ad impressions on a broad, horizontal market.

In an attempt to get more small and medium-sized businesses on board, many well-regarded programmatic ad brokerages offer packages with no minimum spend requirement and allow you to cap your daily or monthly spend. Some brokerages also enable a high level of control to allow advertisers to choose the maximum price paid per impression for different ads and publisher platforms.

Programmatic is well worth considering for SMEs if you can dedicate a couple of hundred pounds per month (or even less, in some cases) to programmatic advertising, and are willing to give your ads a run of at least two to three months before analysing their performance.

You might find that investing in programmatic advertising will be the most marketing-savvy move you’ll make this year – and allow you to get ahead of the competition, who may still be unaware of programmatic or deterred by the cost perceptions widely held by many other SMEs.

Polly Kay is a British copywriter and content writer with a digital marketing background. After studying Marketing (BA Hons) at university, she first honed her skills as a copywriter by working in-house for an award-winning creative agency in London before branching out on her own in 2012. Today, Polly Kay Copywriting and Content Writing serves clients ranging from small and medium-sized enterprises in the UK to well-known multinational brands. Polly specialises in SEO-friendly content writing for online use, and both brand-led and direct response copywriting for all applications.