2018 saw unauthorised financial fraud losses totalling £844.8 million, an increase of 16% compared to 2017. A whopping 56% of that was payment card fraud – and a further £1.12 billion of card fraud was prevented by banks and card companies in the same year (14% more than in 2017), according to the Fraud the Facts report from UK Finance.

With credit and debit card fraud continuing to rise, one new measure being introduced in the fight against fraud is the use of virtual credit card numbers. But what are they, and will they actually work?

What are virtual credit card numbers?

Also known as controlled payment numbers, virtual credit card numbers are single, or limited, use credit or debit card numbers that can be used in place of your actual card numbers when you shop online. They’re connected to your account, and they look exactly like real card numbers – the same number of digits as the long number across the front of your card, plus the expiry date and three-digit security code.

Typically, these numbers can be used just once (or a limited number of times) before they expire. To get a virtual credit card number to complete an online purchase, you generally have to log into your credit card account online and use a tool that generates a new number for you.

Using a virtual credit or debit card number means that the online retailer will process the set of temporary numbers rather than the real ones, preventing rogue sites from gathering your actual card details. If you’re shopping on less well-known websites, this should give you some peace of mind that if the site did turn out not to be legitimate, your credit card details wouldn’t have fallen into the wrong hands.

Only a handful of providers have implemented virtual credit card numbers so far, and among the ones that have, there are a few different features; some allow you to put a spending limit on the number, for example, while others only allow a number to be used with one particular retailer.

Some allow you to put a spending limit on the number, for example, while others only allow a number to be used with one particular retailer. Some allow you to choose how long the card is valid for, so you don’t always have to go fully single-use.

Current virtual credit card suppliers include Eno from Capital One and Privacy, which lets you “Set per-website charge limits, pause and block unwanted payments, and generate new card numbers with a click.”

Having retired their original virtual credit card, PayPal now lets you choose from a number of options for prepaid cards to use with your PayPal account, and these work in a similar way to virtual credit cards – just without the short lifespan.

The new Apple Card, which has no actual numbers written on the front, will also have a virtual credit card number available, saying: “for apps and websites that don’t take Apple Pay yet, there’s a virtual card number in the Wallet app that autofills for you when you’re using Safari.”

Will this really stop card fraud?

While virtual credit and debit card numbers are a big step in the right direction in the battle against online fraud, they’re not without their limitations.

The obvious problem with virtual credit and debit card numbers is that they can only be used online, while e-commerce fraud only accounts for around half of all card fraud.

As the loss, theft or cloning of physical cards continues to be a major source of card fraud, this means this particular anti-fraud measure will only be tackling part of the problem. (Incidentally, if you’re wary of using your physical card in a real-life shop, services like Apple Pay are a much more secure alternative.)

Virtual credit card numbers aren’t a substitute for continuing to be careful with keeping your account details secure, as they wouldn’t prevent you being put at risk of fraud by so-called impersonation scams, whereby fraudsters trick consumers into handing over card details by pretending to be a well-known business, bank or other organisation.

Nor would they stop criminals getting hold of your credit card details through phishing or malware, methods that gain access to your online accounts, such as bank accounts.

Theoretically, unless you use a different virtual card number each time, you’re still at risk of fraud. A criminal could still use the virtual number before it expired if you’re using the same number more than once.

This need for single-use numbers means that from a customer experience perspective, using a virtual credit card number is clearly less convenient; rather than saving your card details in online shopping accounts, they have to be inputted manually each time. However, if you were to suffer credit card fraud via your physical card, you at least wouldn’t have to go through all your online shopping accounts updating the details.

To summarise, then, these are the main pros and cons of virtual credit cards:

What do virtual credit cards mean for retailers?

For small online retailers, virtual credit cards shouldn’t have any day-to-day practical implications. They’re processed exactly like a normal card, and as a retailer you won’t even notice the difference from a physical card, as they have the same format of numbers.

While virtual credit card companies say that this shouldn’t happen, as a retailer you should have a back-up plan in place in case it does – offering the customer a cash refund or store credit, for example.

The same goes if you run a hotel or some other kind of travel or ticketing site, many of which require the customer to present the card they booked with on arrival. You’ll need to be aware that the customer’s physical card won’t match the numbers on the virtual card they paid with.

Finally, the main point about virtual credit cards as far as retailers are concerned is that they do show that customers are increasingly worried about online fraud. Doing what you can to reassure them – using a secure payment system, for example, and ensuring your website looks professional and trustworthy – will help instil the confidence your customers need to shop with you.

Zoe works as a Content Marketing Executive at the UK Domain. Previously working in advertising and the sporting industry, Zoe has over four years experience in marketing.

Should your SME be using two-factor authentication? 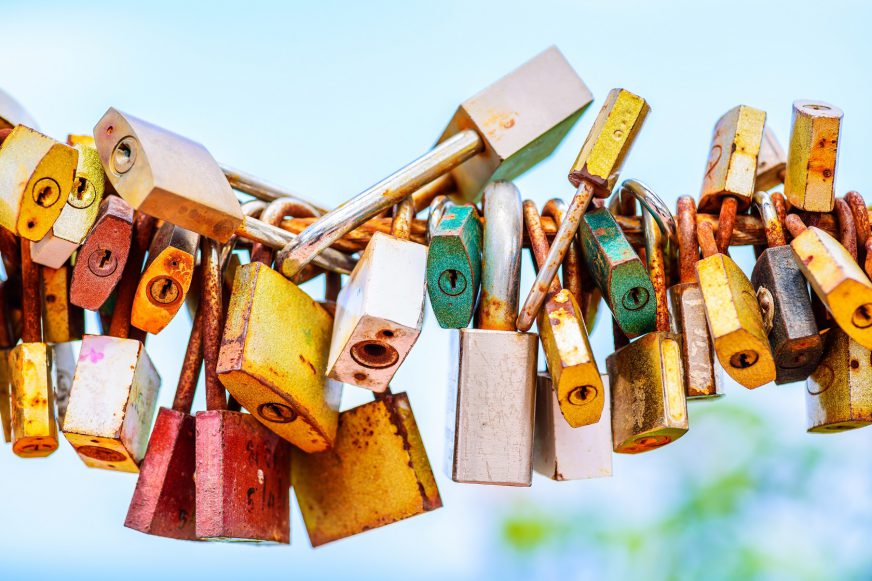