Ad-blockers are simple software programmes that stop an ad from being shown on websites. Usually, they take the form of browser plugins, AdBlock Plus, being the most popular ad-blocker on the web.

Ad-blocking is not a new phenomenon. For as long as online advertising has existed, consumers have become well-practiced at closing unwanted pop-ups and installing ad-blocking software to their browsers.

But the proliferation in ad-blocker software over the last few years might suggest that consumers are becoming increasingly ad-averse.

I’ll explore why this might be, and how ad-blocking is affecting businesses that rely on online marketing to drive revenue. I’ll look at how it might affect your small business in particular, and ways in which you can mitigate against taking a hit.

The rise of ad-blockers

There’s no doubt that over the last decade or so, ad-blockers have become more prevalent. But more recently, it seems that there’s been a distinct increase, with a 30% increase in ad-blocking tools between 2016 and 2017 alone.

Apple’s latest operating system, iOS 9, expressly supports ad-blocking technology, allowing users to opt in or out of ad-blockers within Settings. And ad-blocking apps are being launched in unprecedented numbers. One of which, Crystal, earned $75k in its first week of launching in 2018.

Google have also taken the initiative to improve on intrusive ads with their ad-blocking tool. Google’s “Mute this Ad” feature, launched in 2017, also proved hugely popular, with over 5 billion uses within one year.

It’s no wonder then, that advertisers and marketers are starting to panic about the rise of ad-blockers. But what, in reality does it mean for businesses?

What ad-blockers mean for businesses

On the face of it, the rise of ad-blocking technology poses a huge threat to businesses, both large and small, which rely on advertising as part of their revenue model. Ad-blockers, when installed on a consumer’s browser, stop ads from appearing. This means the money and effort put into running advertising campaigns is wasted.

Apple’s active support to ad-blockers is particularly worrying, because of their huge market sway. Over 700 million people have an iPhone, and the simple fact that Apple is giving them the option of blocking ads, might incite more people to install an ad-blocker, than if a choice hadn’t been given.

The bottom line for your business is that if you’re running a PPC or display campaign which targets Apple mobile users, then if they have an ad-blocker installed, they won’t be able to see your ads. Regardless of what extension you’re using, how high-quality your ads are, if a user searches for a keyword you’re bidding on, your ads won’t show up.

A report by PageFair and Adobe in 2017 suggested that the rise of ad-blockers will cost advertisers $40 billion in one year. However, other sources, have been more conservative about the cost.

Regardless of whether yours is a good, quality ad, it will still get penalised along with the low-quality, intrusive and spammy ads.

Since advertisers pay for impressions, ad-blockers won’t lose them money because their ads simply won’t be seen. However, campaigns will take much more time to reach their target audience because impressions will be hard to generate. As such, the overall price of the ad campaign will increase because the audience pool will be smaller.

Ad-blockers will mean that some ads will never get seen

Many businesses spend big bucks on ad campaigns. Frustrating when ad-blockers might render them a total waste of time.

Ad-blockers don’t affect ads which display within apps or social media platforms. To get around the issue of mobile ad-blockers, you can focus your ad spend on apps and social media instead of websites.

As we’ve discussed, the rising panic about ad-blockers was triggered largely because of Apple’s decision to support them on their mobile devices. As such, while there are still plenty of ad-blockers available for desktop browsers, they’re not as abundant as on mobile devices.

One way of making sure that you’re getting most value for your ad spend is to target your campaigns. Obviously, you’ll be doing this anyway, but make sure that you consider iPhone users when you’re choosing your audience.

You might want to test desktop-only against mobile-targeted campaigns to see which is most effective. Bear in mind that the majority of consumers use their phones for their online browsing, so you’ll need to balance this against the risk of mobile ad-blockers preventing them from seeing your ad.

The opportunities for remarketing

While ad-blockers might be proving a significant risk to online advertising, they do promise an optimistic potential for remarketing campaigns.

Remarketing focuses on important metrics like conversions (rather than impressions like ad campaigns do), and so are more valuable to sales and marketing campaigns. It’s worth remembering that more than 50% of display ad impressions aren’t even seen.

If you’ve been focusing on display ads, this might be a good opportunity to test out some remarketing campaigns. Because they’re more focused on bottom line metrics, they provide you with more quantifiable data about your campaign, and are also more likely to reach the right people who are then more likely to convert further down the line.

The opportunities for native advertising

Similarly, native advertising might be seeing a resurrection as a result of the rise in ad-blockers.

Native advertising, if you’ve never heard of it, is a type of paid media which appears within a website but they look, read and appear just like true content. Unlike traditional ads which stand out immediately, native adverts take on the editorial style and tone of the website on which it appears, and provide the information that the audience is expecting to see.

As such, because they’re much less intrusive than traditional ads, are beyond the reach of ad-blocking software.

To get started with native advertising, CoSchedule has everything you need to know here.

SMEs are least likely to be affected

Because SMEs aren’t pumping millions of pounds into big advertising campaigns, it’s not likely that their ROI will be significantly affected by ad-blocking software.

That said, smaller businesses will still benefit from keeping a close eye on conversion rates to make sure they’re receiving a decent ROI from their ad campaigns.

How you can act

The tendency is to feel hopeless in the face of the proliferation of ad-blocking software. After all, there’s not much you can do to stop your audience from choosing to block your ads. That said, there are ways in which you can tailor your ads to give them a better chance of getting seen, or side-step mainstream ads and focus your efforts elsewhere.

First of all, take a look at your existing advertising campaigns. You can use Google Search Console’s Ad Experience Report to check how likely it is to be in the ad-blocking danger zone.

The tool lets you see how your ad appears in a viewer’s browser on both desktop and mobile. Click view examples in the What we found column. You’ll be shown a description of your ad and the URL where the ad was found. You can also download a report where you’ll be able to see whether your ad is likely to be misleading or annoying your audience, and therefore more likely to be stopped by ad-blockers.

Next, you can start to look at other ways of delivering ads or drumming up exposure. Native advertising, by far the most unintrusive advertising tactic, is a good place to start. You can also focus your ad campaigns on social media which, thus far, remains untouched by ad-blockers.

Retargeting campaigns are also a good alternative to online advertising. Not only do they give you more control over your targeting, but they also give you a greater degree of data from which to learn about your audience.

The verdict: to panic or not to panic?

Currently, ad-blocking software – still rather unsophisticated – doesn’t discriminate between good-quality, helpful ads, and those which are low-rate and spammy. This means that marketers aren’t getting a good ROI from their ads, and consumers are missing out on potentially useful adverts.

However, the Coalition for Better Ads, a third-party body, is bringing together representatives from the giants such as Facebook, Unilever, Microsoft and Google. Its aim is to find a way of delivering ads that users won’t want to block, and create a win-win situation for consumers and marketers alike.

My advice to SMEs is not to panic. Your current ad spend is unlikely to be so great that ad-blockers will render you bankrupt. And I’m hopeful that in due course, ad-blockers will become more sophisticated in distinguishing between high-level and black-hat ads.

In the meantime, it’s worth spreading your risk by focusing on social media and/or native advertising campaigns, and make a start on retargeting campaigns.

And make the most of Google Search Console’s Ad Experience Report which will help you to keep within the guidelines and give your current ads a better chance of being seen. 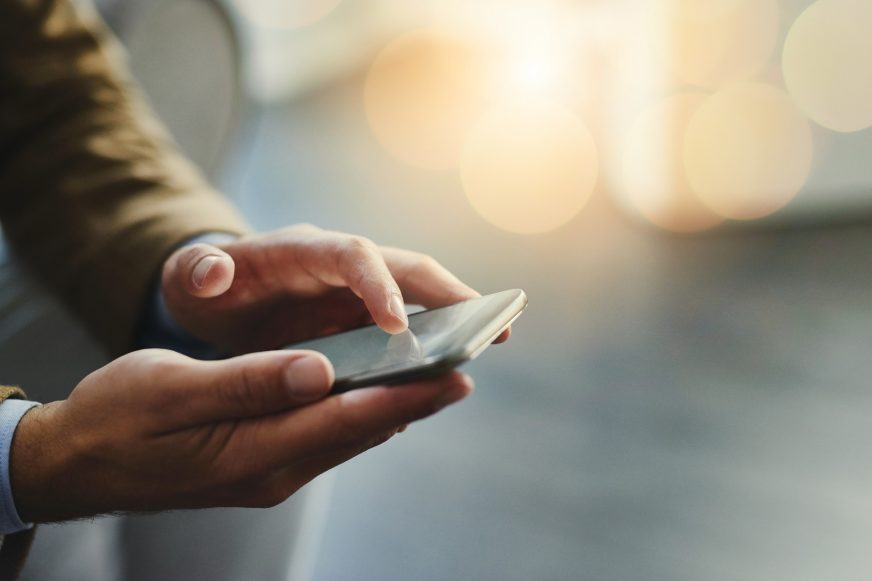 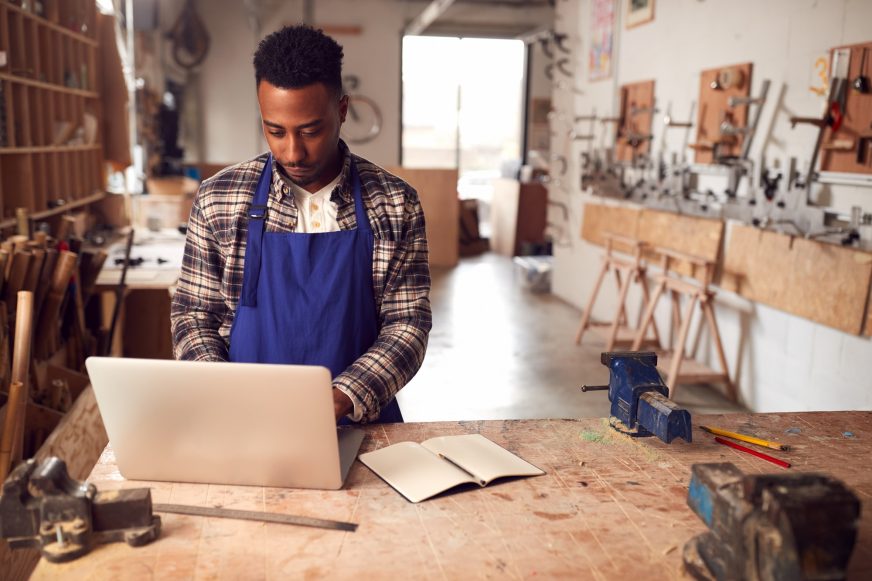 How to advertise your small business online